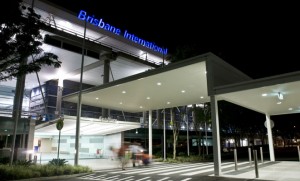 Auckland Airport CEO Adrian Littlewood said he was delighted with the news.  “At Auckland Airport we are totally focused on making each passenger journey better and are incredibly proud that this has again been recognised on the global stage.  To be named for the fifth year in a row as the best airport in Australia Pacific at the SKYTRAX World Airport Awards is very rewarding and reflects the commitment we have to listening to, understanding and meeting our customer’s needs.”

Edward Plaisted, Chairman of SKYTRAX, said, “It is quite a remarkable achievement for Auckland Airport to win the award for Best Airport Australia Pacific for the fifth successive year. The additional prize for Best Airport Staff Service Australia Pacific for the second year running is a key indicator as to why Auckland has such a fine record of winning in these awards.  From our 24 years’ experience in the aviation industry we know that travellers from this part of the world can be some of the most demanding in terms of their expectations and with this in mind, the staff and management at Auckland should be pleased with this excellent result.”

Brisbane Airport received global recognition in the awards, being voted third in the 20-30 million passenger category per year and second in the Best Airports in Australia-Pacific category. Brisbane Airport also increased its position from 34th in 2012 to 21st in 2013 in the Skytrax World Top 100 Airport list.

Brisbane Airport Corporation CEO and managing director, Julieanne Alroe, said being voted third in the world was an incredible honour for BNE.

“This ranking is a tribute to every one of the nearly 20,000 workers at Brisbane Airport who believe in our vision to be world best. Importantly the ranking reflects opinions of passengers not only in Australia but around the world, and is based on every customer type – be they business or leisure, frequent or first-time flyers.

“We are especially pleased with the results considering the challenges we are currently facing managing the extraordinary growth Brisbane Airport has seen in the last 12 months,” Ms Alroe said.

The awards were voted for by some 12.1 million airport users around the world.