Aviation community mourns the loss of Ron Yates AM 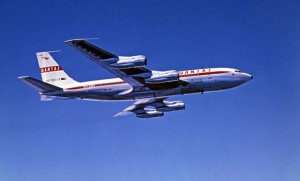 The Australian aviation community is paying its respects to Ron Yates, who passed away in Sydney on October 27.

Mr Yates is acknowledged as being instrumental to shaping today’s aviation industry, having been principally responsible for introducing the Lockheed Electra, Boeing 707, 747 and 767 to Australian service when he was the Qantas project manager in charge the evaluation and introduction of these aircraft into service.

He also played a prominent role in bringing the Super Constellation into Qantas service as part of a career with the airline that spanned some 40 years, culminating in his role as chief executive between 1984 and 1986.

He joined Qantas following service with the RAAF as flight test engineer. His development work on the 707 improved the performance of the aircraft to enable Qantas to operate it on trans-Pacific routes with what became the 707-138.

That Mr Yates became the patron of the project to bring back Australia’s first 707-138 was one of his greatest delights.  The aircraft now resides at the Qantas Founders Museum in Longreach.

He was bestowed the Order of Australia in 1983 and in 2000 was made an Honorary Fellow of the Royal Aeronautical Society.

Ron Yates’ legacy to commercial aviation in Australia will be remembered for generations.

Confusion as ground handlers miss out on JobKeeper replacement

Confusion as ground handlers miss out on JobKeeper replacement