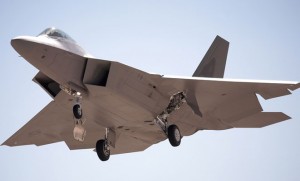 Just five weeks after returning to flight following a four month grounding, the USAF has again grounded some of its F-22 Raptors because of an onboard oxygen system issue.

F-22s based at the 1st Fighter Wing at JB Langley-Eustis in Virginia were grounded on October 20 after a pilot experienced hypoxia like symptoms while on a flight, the same type of issue that led to the stand down of USAF’s entire F-22 fleet in May. As a precaution, the 3rd Fighter Wing at JB Elmendorf-Richardson in Alaska has also grounded its two F-22 squadrons.

USAF officials have not identified the cause of the oxygen issues, but allowed F-22 flights to resume in September after implementing additional safety and inspection measures. “Part of our protocol is to allow units to pause operations whenever they need to analyse information collected from flight operations to ensure safety,” Air Combat Command’s CAPT Jennifer Ferrau told airforce-magazine.com’s Daily Report. “That is what is happening at Langley at the moment, and we support that decision.”