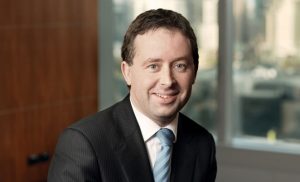 Qantas has revealed that CEO Alan Joyce and other airline management and staff have received threats and intimidating notes in recent months.

Speaking to media in Sydney on October 5, Joyce said the threats go back to May, and that the airline had gone public only after a media outlet broke the story and an email he wrote to staff about the matter on October 4 was leaked.

“We’ve had this for some time,” he said. “The reason why we went public on it is as a consequence of the dispute we had the week before last. We actually had some bullying and intimidation… We had some damage of staff property, we had notes that were left at managers’ houses – people with small kids, and these were very abusive notes that were very clearly aimed at people that were management contingency during the industrial action.”

Joyce added that the email to all 30,000 of Qantas’s employees was to not only tell them that bullying and intimidation was not acceptable, but to also provide support to potential victims who were yet to come forward. “We decided that the best way to approach this was to give people the help and assistance they need,” he said. “Because our worry was that some people are not communicating all of the issues to us, so we put a note out telling people about the security (phone) numbers and the whistle blower numbers, so we can address any issue that’s occurred.”

Some representatives of unions currently in dispute with the airline, including Transport Workers’ Union (TWU) Secretary Tony Sheldon and Australian Licenced Aircraft Engineers Association (ALAEA) Secretary Steve Purvinas have suggested the threats were a publicity stunt by the airline, with Sheldon suggesting police should check the computer hard drives of Qantas’s PR team.

“I don’t think it’s been helpful for some of the union leaders to claim this is all a PR stunt,” said Joyce, responding to the unions’ suggestions. “This is not a PR stunt. There are actually people who have been intimidated, there have been cases that have gone to the police, and the police are investigating it. And I have to say that I think these union leaders should be taking it seriously, and those union leaders that are trying to deflect it and nearly be apologetic for it is just appalling. It just emphasises why we need union leaders to be strong and to say this behaviour, no matter where it comes from, is unacceptable.”

Qantas Head of Corporate Communications Olivia Wirth added that the airline had raised the matter with the TWU during discussions last week, the ALAEA today, and the Australian Council of Trade Unions (ACTU), but the airline was yet to receive any assurances from the unions that their members were not involved.

Joyce wouldn’t elaborate on the specific nature of the threats, saying only that police were investigating.