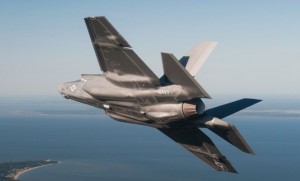 The USAF also accepted the second LRIP F-35A (AF-6) into service on May 13, F-35A AF-9 completed its first flight on the same day. Two F-35C carrier variants (CF-2 and CF-3) were delivered to the F-35 test fleet at NAS Patuxent River on May 16 and June 2 respectively. All three F-35 variants also flew a record total of 94 System Development and Demonstration (SDD) flights for May, the highest achieved for a single month in the program’s history.