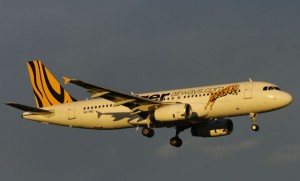 Tiger Airways has announced a new Sydney to Sunshine Coast daily return service, on sale from today, with the airline offering a special introductory fare of $38.95 each way (not including the online booking charge), for travel between March 27 and October 29.

Sunshine Coast Mayor Bob Abbot said that Tiger’s announcement was “a fantastic shot in the arm for our tourism industry after what has been a tumultuous start to the year for the Sunshine Coast and Queensland”.

“Whilst the Sunshine Coast region was largely unaffected by the recent floods and dodged the damage of some of our neighboring regions, our tourism industry has still been hit hard,” Abbot said.

“This new service will go some way to restoring confidence back into the industry and with 130,000 additional seats available on this route the new Tiger service will help welcome back visitors to our region.”