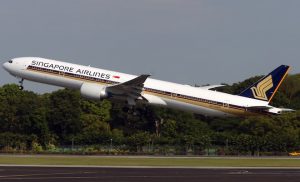 Singapore Airlines (SIA) will increase its fuel surcharge after jet fuel rose above US$110 a barrel.

Subject to regulatory approval, SIA says the surcharge is necessary given the recent “sharp and sustained escalation in the price of jet fuel”, and hopes for it to be in effect from Thursday January 27 . The surcharge increases, of between US$3 and US$27, will depend on the flight destination and class of travel, with North/South American destinations hit the hardest.

SIA claims “the adjustments will offer only partial relief from the higher operating costs arising from increases in the price of jet fuel”, and that the airline would continuously monitor the price of fuel and keep the surcharges “under constant review”.

It is SIA’s second announced increase in irs fuel surcharge within two months.