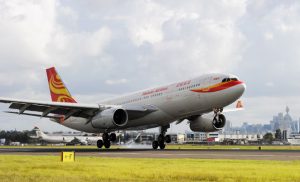 Hainan Airlines has become the fifth Chinese airline to fly into Sydney, with its new Sydney-Shenzhen-Hangzhou service landing in Sydney on January 20.

“Hainan Airlines is a fast growing airline with an extensive domestic network across China.  The commencement of services by Hainan Airlines is great news for Sydney and demonstrates again the significant economic contribution that the airport makes to Sydney,” said Sydney Airport CEO Russell Balding.

“The growth in the Chinese market in recent years has been very strong and is of increasing importance to Sydney’s tourism industry.  The number of Chinese arrivals into Sydney has increased from 147,148 in 2004 to 282,641 in 2010.  This is exceptional growth that shows a near doubling of passenger numbers in just a few years.”