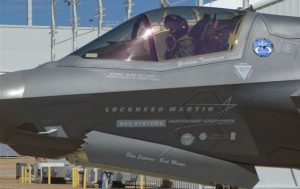 Gates has described the JSF program as having a “troubling performance record” of late – despite him declaring all was well with the program during an August visit to Fort Worth – with the restructure seeing US$614m (A$707m) in performance awards withheld from Lockheed Martin this year, 13 months added to the program’s development schedule, and as many as 202 fewer F-35s purchased in the FY2011-FY2015 period where low rate production ramps up. The RAAF is scheduled to take delivery of its first 14 F-35As towards the end of that ramp-up period.

“Progress and performance of the F-35 over the past two years has not been what it should, as a number of key goals and benchmarks were not met,” Gates told media at an FY11 defence budget briefing. “It’s clear there were more problems than we were aware of when I visited Fort Worth.”

“Secretary Gates made it very clear that all procurement programs will have accountability and we support that position,” Lockheed Martin officials said in a statement. “We understand what’s expected – there is a clear set of performance and milestone criteria – and we are confident we will achieve them.”

In the same week, the Pentagon also released a preview of its Quadrennial Defense Review (QDR) which predicts the USAF will require just 11 wings of theatre support combat aircraft to replace F-16s and A-10s, or just 792 aircraft, as opposed to the 1763 F-35s it has previously said it requires. Even taking into account training, test and attrition aircraft, the total USAF requirement is unlikely to exceed 1000 F-35s based on these requirements, putting at risk the entire costing model of the JSF program. Lockheed Martin officials at last week’s Singapore Airshow scrambled to say the USAF was also looking to replace some of its F-15 fighters with F-35s as well, although many observers remain unconvinced.

Locally, Defence Minister John Faulkner applauded Gates’s move, saying he “welcomes the decisive action… by the US government to reduce risk in the F-35 JSF program,” adding that “The Australian government’s staged acquisition approach to the JSF, commencing with the acquisition of 14 aircraft, has strongly mitigated risk in relation to this vital program. As part of the government’s JSF acquisition strategy, significant cost and schedule buffers were built into Australia’s project in anticipation of the steps announced in the US today.”

Gates fought last year to finally kill off the USAF’s F-22 Raptor program after just 187 aircraft, about 125 of which are ‘combat coded’, claiming the fighter was too expensive and lacked relevance in today’s wars. But analysts now say the F-22 line should be re-opened to not only meet the QDR’s stated goal of four combat fighter wings of 300 aircraft, but to also counter the future threat posed by advanced aircraft such as Russia’s KnAPPO/Sukhoi T-50 PAK-FA which first flew last week, and other developments.

To date, 13 of a scheduled 19 F-35 test aircraft have been delivered to the Fort Worth flight line, but only five of these aircraft, two F-35A CTOLs and three F-35B STOVLs, one of which first flew on February 2, have flown, resulting in the flight test program falling at least six months behind schedule and less than one third of last year’s planned flight test hours being completed.