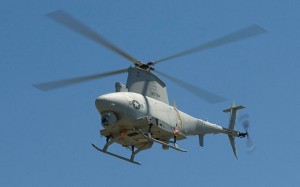 The US Army has notified Congress of its intention to cancel its requirement for an unmanned rotary winged aircraft, which was to be met by the Northrop Grumman MQ-8B Fire Scout, effectively ending its Class IV UAS requirement which was left over from the now defunct Future Combat System (FCS) overhaul of US Army vehicles and systems.

The Fire Scout is an unmanned development of the Schweizer 333 airframe which has been in protracted development for the US Army and Navy for almost a decade. The Navy appears to remain committed to the aircraft for its new Littoral Combat Ship (LCS) class following a successful operational evaluation in late 2009.

The Fire Scout is also in contention for a US Marine Corps requirement for an unmanned vertical lift vehicle.