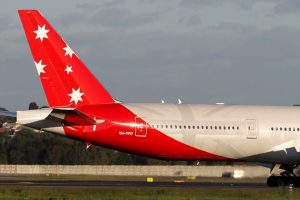 V Australia will commence daily services on the Sydney-Nadi route from December 18, while it has also announced plans to cut its frequency on the Sydney-Los Angeles route from February next year.

The airline launched sales on the services on November 5, with fares starting from from $199 one way for economy, $469 in premium economy and $649 in business class.

“We’re very pleased to be increasing our capacity and introducing V Australia to and from one of Australia’s best loved international getaway destinations,” Virgin Blue chief executive Brett Godfrey said. “Fiji has long been a holiday hot spot, particularly for families and honeymooning couples. They will now be able to get their holiday or honeymoon off to a great start flying in on Australia’s new international airline in the comfort of any of our three cabins.”

The flights will initially be operated daily, dropping to six per week from February 1. “This is in line with the reduction of Sydney-Los Angeles flights from seven days per week to six days per week, and with previously announced plans to introduce a weekly direct Melbourne-Johannesburg flights from March 2010 (subject to regulatory approval),” the airline said in a statement.

The previously unannounced cut in Sydney-Los Angeles services may be linked to the recent approval by the ACCC of Virgin Blue’s proposed trans-Pacific joint venture arrangement with Delta Air Lines. Both carriers are awaiting US Department of Transportation clearance for the arrangement, which appears likely to be granted now, allowing the joint venture to start in 2010.