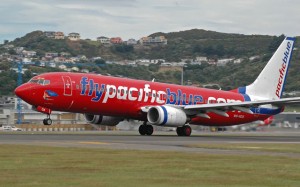 Pacific Blue has announced that it will add premium economy seats to its domestic New Zealand services as it seeks to increase its 11 per cent market share against competitors Air New Zealand and Jetstar.

Pacific Blue CEO Mark Pitt told the stuff.co.nz website, “The New Zealand public, they do want low fares, but they also want quality – that’s exactly the place in the market that Pacific Blue is.”

“We’ll be putting premium economy seats in the aircraft. That will happen towards the end of the first quarter of next year.”

The addition of premium economy to Pacific Blue’s services appears to be part of efforts to bring together the various Virgin Blue airlines, which are expected to come under a single brand in the medium term.