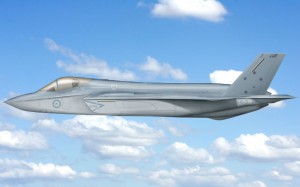 The announcement sees the RAAF’s planned JSF buy split into three tranches. The first 14 aircraft will equip an initial training and testing unit; a second buy of at least 58 F-35As will then allow the RAAF to equip three combat squadrons; and possibly a final buy of 28 JSFs would replace the ‘bridging’ F/A-18F Super Hornets in the early-mid 2020s.

“Approval of this first batch of JSF aircraft is evidence of the Rudd government’s strong commitment to defence and our commitment to implementing the Defence White Paper,” Defence Minister Senator John Faulkner said in a November 25 statement. “By 2012, Defence will have much firmer cost estimates for the remaining aircraft and necessary support and enabling capabilities as part of the planned first multi-year buy that is expected to comprise over 1000 aircraft for the US, Australia and other partners. This will allow for much more effective planning of the final JSF acquisition in the context of the overall Defence Capability Plan.”

The first 14 aircraft will come from Low Rate Initial Production (LRIP) lots, and will be delivered in 2014, while the second and third tranches will come from the planned multi-year production which begins in 2015.

The first unit is expected to initially convert to the aircraft and be based at Eglin AFB in Florida before bringing the aircraft home to RAAF Williamtown, which is unlikely to occur before 2017. It will be “ready for operations” in 2018, while all three operational squadrons “are planned to be in service” in 2021, according to the minister’s statement.

The initial outlay will likely include the establishment of new compartmentalised squadron and basing infrastructure at RAAF Williamtown for the first squadron, as well as training and maintenance manuals, ground support equipment, and possibly synthetic and maintenance training devices.

Despite being foreshadowed in the 2009 Defence White paper, many commentators had expected the decision to acquire the JSF to be delayed by at least six months to mid 2010 due to forward funding uncertainties in the Defence budget at home and in the JSF development program in the US.