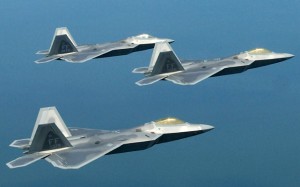 The money was appropriated under the FY2010 defence authorisation bill which was signed into law on October 28 by President Barack Obama. Long lead items for these aircraft had been authorised under previous defence budgets, and production of the F-22 is due to wrap up by early 2011.

Of the 187 production F-22s, two have been lost in accidents.