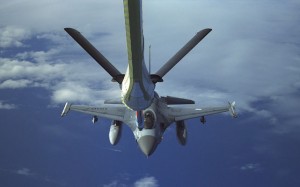 The flight lasted four hours and 30 minutes, during which a total of 13 contacts were performed, with more than 1.5 tonnes of fuel being transferred, Airbus Military announced.

The test “demonstrates that the refuelling system is well integrated into the airframe, with all systems functioning satisfactorily,” Airbus Military said in a statement.

RFDS raises funds with round the world ‘flight’