Poor visibility which caused a “wall of cloud” may have contributed to a fatal helicopter accident at Mount Disappointment, north of Melbourne, which killed five people in March.

According to the Australian Transport Safety Bureau’s preliminary investigation into the crash, the helicopter, along with another helicopter accompanying it, was operating under visual flight rules when layers of cloud descended.

The seven-seat EC130 helicopter, operated by Melbourne helicopter company Microflite, departed Batman Park Heliport in Melbourne on the morning of 31 March, bound for Ulupna on the NSW-Victoria border.

“As they approached Mount Disappointment, the pilot of the first helicopter noted the layer of cloud below was rising and becoming broken, while the base of the cloud above appeared to be lowering, resulting in the clouds appearing to converge ahead of them,” said ATSB chief commissioner Angus Mitchell.

“The pilot reported they were then confronted with a ‘wall of cloud’ in front, and to the left and right of their track, and broadcast to the other pilot their intention to turn around.”

The report states that the pilot of the second helicopter – the one which later crashed – may have been confused by this broadcast. It was travelling about 3 kilometres behind the first aircraft.

The pilot of the first helicopter then broadcast “U-turn, U-turn, U-turn” to the second pilot, and conducted a sharp left turn onto a southerly track, the report says.

“A short time later, before the collision with terrain, flight track data showed the second helicopter in a left descending turn,” Mitchell said.

The ATSB’s survey of the accident site subsequently determined that the helicopter collided with a large old-growth tree trunk before impacting the ground about 250 metres south of the last recorded data point. All five occupants were unfortunately fatally injured.

Much of the wreckage was destroyed by a post-impact fire, however, investigators found no evidence of any pre-existing defects that would have affected the helicopter’s operation, the ATSB noted.

As well as site survey activities, to date, ATSB investigators have also interviewed the pilot of the first helicopter, the operator’s chief pilot, and collected passenger statements, operational and maintenance data, onboard recording equipment and meteorological data.

“As the investigation continues, the ATSB will attempt to download and analyse data from the helicopter’s onboard Appareo camera, which may have recorded video and audio of the accident flight, plus the pilot’s iPad, which was being used to run an electronic flight bag flight planning app, as well as avionics equipment from the helicopter,” said Mitchell.

The ATSB will also look into weather data, the helicopter’s maintenance history, the pilot’s experience, eyewitness testimonies, the operator’s systems, and the training and flight review standards for helicopter pilots, when continuing its investigation.

“While a final report will be released at the conclusion of this investigation, should a critical safety issue be identified at any time, the ATSB will immediately notify relevant parties so appropriate and timely safety action can be taken,” Mitchell concluded. 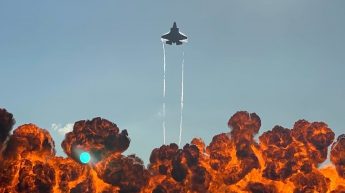