Two Babcock Australasia aircrew have been formally recognised for their emergency response efforts, after rescuing a driver who drove a vehicle into the Murray River in September.

The two aircrew, who were awarded the commendation at a ceremony in Babcock’s hangar at Adelaide Airport, recovered the driver alongside two SAPOL officers amid an operation near Bowhill, South Australia, after a driver’s vehicle went off a cliff and into the river.

Both aircrew provided first aid to the driver before being transported to the South Australian Ambulance Service Special Operations Team Paramedic.

“The Commissioner’s Community Policing Commendation is in recognition of outstanding commitment and professionalism in assisting police, as we saw from Adam and Sam in September,” Officer Wall noted.

“We’re pleased to see the teamwork and high level of aviation ability and initiative which exists between SAPOL and Babcock, particularly when the safety of our community and police officers is at stake.”

Richter explained that both aircrew responded with the lessons they learned throughout their military and emergency response training.

“Sam and I have worked with Babcock Australasia for a combined 23 years and understand the importance of responding quickly and deftly when the safety of others is at risk,” Richter said.

“This incident required the versatility and adaptability of our crew in partnership with SAPOL, working together to manage a quickly evolving situation.”

Richter served in the Australian Army for 20 years as a helicopter pilot, and now works for Babcock to support his community in the helicopter emergency medical services.

“Babcock has worked together with SAPOL and SAAS since 2005, maintaining and operating the helicopter fleet to support safe flying missions,” Moncrieff said.

“Our people play a critical role every day in supporting our nation’s emergency services in keeping communities safe and responding to high-risk, and sometimes life-threatening situations.”

“Congratulations to Adam and Sam on this recognition and for continuing to embody our spirit of service.” 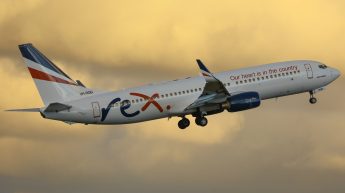