Qantas has won its last-minute injunction to stop Velocity’s ‘defecting’ new CEO from starting his job on Monday.

The decision in the High Court of Singapore means Nick Rohrlach will remain on gardening leave until after a final hearing takes place regarding his appointment, likely to be in June or July.

It marks the latest twist in the row between the two airlines, which started after it emerged Rohrlach accepted a job working for Qantas’ loyalty scheme before switching to the Virgin rival shortly afterwards.

Qantas’ victory is hugely significant given it lost two previous cases to hold the full hearing in Australia rather than Singapore, whose courts traditionally favour employees.

Virgin reacted by issuing a statement saying it “categorically denies allegations that it has been anything but proper and appropriate” and is confident it will be “vindicated” in court.

“We look forward to welcoming Mr Rohrlach to the Virgin Australia family with open arms and showing him why we are Australia’s most loved airline with a winning team that attracts the very best,” the business said.

The flag carrier is taking the action because it says it had already shared highly sensitive information while onboarding Rohrlach, who was also the ex co-CEO of Jetsar Japan.

Qantas ultimately wants Rohrlach to serve his six-month gardening leave, which would delay his start date from May until 18 September.

However, the case is complicated because Rohrlach signed the contract in Singapore, and also applied for anti-suit protection there to stop Qantas from enforcing the extended start date.

Qantas argued in the NSW Supreme Court initially that the case should be held in Australia because subsequent agreements nullified another clause in the contract to only allow legal action to take place in Singapore.

It also argued holding it in Australia would be more convenient to all parties.

However, Justice David Hammerschlag said in the first hearing that Qantas only “faintly” argued its case and said its submission was “unsustainable”.

The judge ordered Qantas to pay Rohrlach and Virgin’s costs.

Qantas then called the manner of Rohrlach’s defection “an inglorious sequence of events” before its rival hit back by arguing that it was disappointed “the dominant market player” had “chosen to attack us rather than get on with the job at hand”.

“At this particularly critical juncture, with vaccines rolling out and new virus variants emerging, Australian airlines need to work to get our country flying again,” Virgin added.

Qantas then lost an appeal in March to hear the case in Australia. 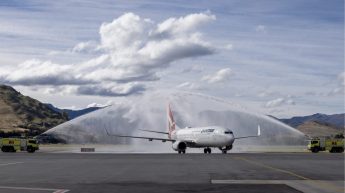