The campaign, which includes a ticket sale, has been launched to coincide with the business formally exiting administration next Tuesday.

It comes after Virgin earlier this week won a federal court case from a group of shareholders trying to block the sale because they will receive no return.

The TV campaign, which you can watch above, features Melbourne school girl Annie Jones, who found fame on America’s Got Talent.

She’s shown dancing in an empty airport before returning to a packed departure zone ready to board an aircraft.

The advert coincides with a ‘Go You Good Thing’ sale that will include half-a-million fares from $75 along with $99 Sydney to Melbourne flights.

On Tuesday, the Federal Court knocked back a final plea from shareholders to halt the sale of Virgin Australia to Bain.

The decision means the company will finally exit administration early next week but will leave many of those who invested in the company without any return at all.

On 25 August, administrator Deloitte revealed the sale would see unsecured creditors, including bondholders, receive between just nine and 13 cents in the dollar on their investment, while shareholders would walk away with nothing.

Employee entitlements and customer travel credits, however, will be covered in full.

While many of the larger shareholders, such as Nanshan, Etihad and Singapore Airlines, accepted the write-off, a number of small parties fought on.

However, Justice John Middleton sided with Deloitte and ruled that, while there were valuable aspects to the former business such as loyalty scheme Velocity, the outstanding liabilities were too great.

Tuesday’s court case was unlikely to change the direction of the deal, which was rubber-stamped by stakeholders at a meeting on 4 September.

While Bain beat out Cyrus Capital Partners in May to become the administrator’s preferred bidder, the decision needed to be waived through by parties owed money. The airline’s bondholders had threatened to table a rival bid, but pulled out late in August leaving Bain’s victory as a formality.

His departure was significant because he was synonymous with the airline’s plan to operate as a mid-market ‘hybrid’ rather than reverting to being a low-cost carrier like predecessor Virgin Blue.

Hrdlicka, meanwhile, also had a notoriously fraught relationship with unions in her earlier role at the Qantas Group. 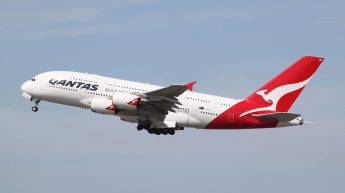