Use RAAF’s VIP jets to get Aussies home, says Labor

“He can put that in place now,” said Albanese on Tuesday. “This would be a practical step which would make a major difference.”

His comments come a week after Australian Aviation exclusively revealed that the industry body representing international airlines warned the government its members would have no choice but to stop flying to Australia if arrival caps aren’t increased.

The rules limiting the number of Australians who can return home at any one time were first introduced in July to regulate the flow of people arriving into government quarantine facilities and have been extended multiple times.

Critics have argued the restrictions have pushed up prices and reduced availability, making it difficult for expats abroad to return home.

“There are two large aircraft, but there are other smaller aircraft available as well,” Albanese said of the RAAF’s fleet.

“It is simply unacceptable that the Prime Minister continues to say that there’s nothing he can do about it and he hopes to have these families home by Christmas. Well, I think those who are desperate to get home should be brought home in September.”

However, the RAAF’s fleet of business jets, often used for transporting VIPs, has relatively small capacity, considering the government estimates more than 20,000 Australians abroad are trying to return home and some estimate that number to be as high as 100,000.

The RAAF currently has access to three leased Dassault Falcon 7X business jets that can carry 14 passengers; two Boeing 737 Business Jet (BBJ) aircraft that can carry up to 30; and 12 KA350 King Airs that only seat up to eight.

Commanding Officer of 34SQN Wing Commander Jason Pont said the Dassault Falcon 7X would have a standard crew of three – pilot, co-pilot and flight attendant – and have seating for 14 passengers.

“With a maximum operating speed of Mach 0.9 and a range of up to 11,000 kilometres, the aircraft can fly from Canberra to anywhere in the world with only one stop,” WGCDR Pont. “Its ability to land at almost any airfield provides notable regional and remote airfield accessibility.”

Last week, Australian Aviation exclusively revealed how the industry body representing international airlines warned the government its members would have no choice but to stop flying to Australia if arrival caps aren’t increased.

In a significant hardening of its position, the Board of Airline Representatives of Australia (BARA) said its members “cannot be expected” to “continue indefinitely with such flights on a commercial basis”.

“A target average of at least 100 passengers per arriving flight, while still difficult financially, is far better than 30 or less,” added BARA executive director Barry Abrams.

The organisation’s third statement in short succession came days after it argued the government should allow flexibility on quarantine for those who arrive from areas with fewer COVID-19 cases.

It had previously said it would take its members six months to return all citizens stranded abroad if the current cap system wasn’t relaxed. 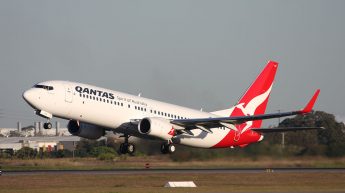