A key airport used by firefighters during the recent bushfire crisis has such a weak runway that aircraft can’t fill their water tanks fully.

Snowy Valley’s deputy mayor John Larter made the revelation on Tuesday and called for funding for an upgrade to Tumut Airport in NSW.

“Imagine how many more houses and properties we could have saved if we had the capability to take off at full load?” he told the ABC.

Earlier this year, the nearby Dunns Road Fire burnt over 180,000 hectares, destroyed 100 homes and killed one man in Batlow defending his property. In Tumut itself, residents were sent texts telling them to stay indoors.

“When you’re taking off a water-bomber and you’re only able to take it off at two-thirds capacity because of runway restrictions, it’s really just not good enough,” he added. 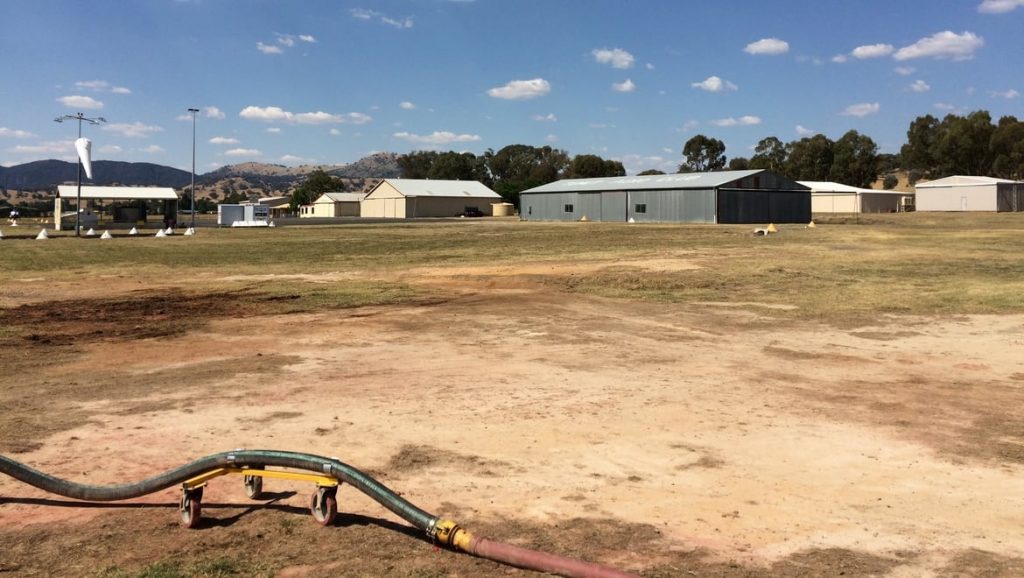 “If they’re fair dinkum about Eden-Monaro and they want to demonstrate they’re committed to this side of the mountain, these are the sorts of things they need to build.

“At the end of the day, we haven’t had any mind-blowing infrastructure here for quite some time.”

Deputy Prime Minister Michael McCormack, who is also the MP for nearby Riverina, encouraged the council to apply for more funding.

On Monday, Deputy PM McCormack announced Tumut would receive $153,000 to seal the taxiway and apron, improve drainage and upgrade fencing as part of a government initiative.

The Dunns Road Fire also destroyed the old hospital and cannery in Batlow. All but 50 of its 1,300 residents were evacuated.

Last month, Australian Aviation revealed there were more accidents and safety incidents involving aerial firefighting aircraft in the financial year covering the last bushfire season than any in the previous 20.

The finding was obtained from part of an ATSB submission to the so-called bushfire royal commission, created in the wake of the “Black Summer” bushfire crisis.

“Further, there were two fatal aerial firefighting accidents between August 2018 and March 2020, whereas in the previous 17 years there were only three fatal accidents.”

Border restrictions for overseas students to be lifted soon

I remember when Southern Cross Airways and then Waratah Airlines flew scheduled services from Sydney to Tumut.

I am a former resident of Tumut and remember when the Airport was located closer to town and runways were grass, gates had to be opened / closed to prevent the ingress of livestock on the runways.
I recall the airport was relocated to it’s current position in the early mid 1960’s (1964 I think) runways were gravel and was used mainly by single piston engine crop dusters and some recreational aircraft.
However it appears that as aircraft became more capable and or heavier, the strength and length of the runway has not been upgraded accordingly.
Rural airports are an essential asset for residents of small towns not only for fire fighting purposes, they provide for medical emergencies as well as business and leisure travel.
As a result of a serious farm accident involving a farm tractor, aged five, I accompanied by my mother was medivaced from the former grass runway airport.
I am very grateful to the two pilot team who operated the single engine Cessna in extremely marginal VFR conditions and the foresight of the entity for provision of the basic airport as it was then.
Without the airport and the caring professional team of pilots, I would not be able to add this comment.

i have been there before to assist with the refilling of aircraft. this fire season has shown how bad the Air strip actually is. it should be sealed fully and extended, to allow aircraft like the FireLiner to refill in the event of a fire in the region, while Canberra is close, the minutes saved by having the tanker refill there would save lives and homes.

Just looked at Tumut Airport on Google Maps Satellite view. Landing from the south, runway is nominated as 35, but appears to me as closer to 00/36, but more to the 01 side. I’m not a pilot, but can a runway be designated as 00? If not, is this why it is 35 and not 01 as it seem to be more appropriate.

David is right, it looks like it should be 01 from the South and 19 from the North. Maybe its the Google picture, as from Google Maps the runway looks to have a slight bend in it as well.