Australia’s federal government has extended its coronavirus travel ban to include South Korea and added extra restrictions for those arriving from Italy.

The Prime Minister also announced the existing ban on nationals travelling from China and Iran has also been extended for a week.

Scott Morrison told reporters, “Every Australian, all of our citizens, me as the Prime Minister, Minister for Health, Chief Medical Officer, mums, dads, schoolteachers, nurses, workers, boys and girls, we all have a role to play in containing and managing the spread of the coronavirus and ensuring that Australia is best prepared and best able to deal with this global virus. 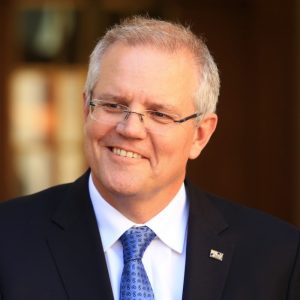 The news means foreign nationals who visited mainland China, Iran and South Korea will not be allowed into Australia for 14 days from the time they left

An official statement released on Thursday defended extending the ban to South Korea, saying additional screening measures wouldn’t be sufficient due to the “scale of travel to Australia” and “the volume of reported COVID-19 cases”.

It added that the measures are part of the government’s “ongoing strategy of containment”.

In an effort to maintain diplomatic relations, the announcement added, “We are grateful to the government of the Republic of Korea for the transparent way it has dealt with this outbreak.

“It should be commended for its strong efforts in combating COVID-19, including with its extensive testing regime.”

Meanwhile, travellers from Italy would face “advanced screening measures”, which include having their temperatures checked at the airport.