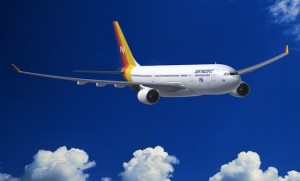 The deal, announced today at the Singapore Airshow,  is valued at US$210 million at current list prices and includes support services.

Air Pacific, which is 46 per cent owned by Qantas, expects to begin receiving the new aircraft in 2013.

AgustaWestland presses ahead with tiltrotor program