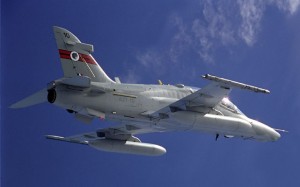 The Government has given first pass approval for Phase 1A of the Air 5438 Lead-In Fighter Capability Assurance Program (CAP).

This first phase will identify the requirements for the upgrade the RAAF’s Hawk 127 lead in fighter capability, so that it may continue to produce aircrew with the necessary skills to operate current RAAF combat aircraft, like the F/A-18 Classic and Super Hornet fleets, as well as the future combat aircraft such as the F-35 JSF.

The Government has approved funding of $43 million for Defence to develop options and conduct risk mitigation activities prior to Government approval at second pass, presently scheduled for 2013-14. At this time, it is expected bidders will tender for upgrades to the RAAF Hawk fleet, with BAE Systems’ Hawk 128 capability as adopted by the UK’s RAF likely to feature prominently.

The total cost of this first phase of the project is identified in the Public DCP as being between $100 and $300 million.