PHILLIP TARRANT
Director – Defence and Aerospace, Momentum Media
phillip.tarrant@momentummedia.com.au | + 61 2 9922 3300 | LinkedIn
Phillip is a media executive with over 20 years’ experience, in a career that spans finance, business, economics, international politics, defence and aerospace. He has led the launch, acquisition and growth of a range of award-winning business and consumer platforms and is recognised for his expertise in building highly-connected communities. Phillip has a life-long passion for aviation, and as the head of Momentum Media’s defence and aerospace business, he is charged with the growth and development, both domestically and internationally, of Australian Aviation and World of Aviation. Phillip has a Master’s degree in International Relations and a Bachelor’s degree in Political Science. 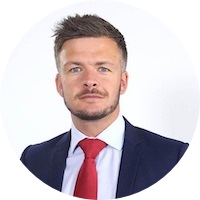 WILLIAM MAGEE
Head of Strategy – Defence and Aerospace, Momentum Media
william.magee@momentummedia.com.au | +61 2 8045 2057 | LinkedIn
William is an experienced sales executive with extensive knowledge working in government and policy-related industries. He has worked closely with numerous organisations, from large primes and multinationals to government and the SME sector, to support business growth initiatives. William is ideally positioned to support aerospace businesses and manufacturers to translate their technical capabilities and products into marketable activities that connect with customers. He has a track record in developing marketing and event partnerships that position companies as market leaders and assist in business growth and revenue generation – skills he will leverage in driving the strategic development of Australian Aviation and World of Aviation. ADAM THORN
Senior Writer – Aviation, Momentum Media
adam.thorn@momentummedia.com.au | +61 2 9922 3300 | LinkedIn
Adam is a journalist who has worked for more than 40 prestigious media brands in the UK and Australia. Since 2005, his varied career has included stints as a reporter, copy editor, feature writer and editor for publications as diverse as Fleet Street newspaper The Sunday Times, fashion bible Jones, media and marketing website Mumbrella as well as lifestyle magazines such as GQ, Woman’s Weekly, Men’s Health and Loaded. He joined Momentum Media in early 2020 and currently writes for Australian Aviation and World of Aviation. 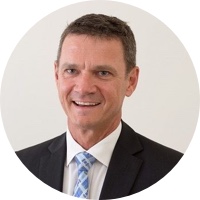 KEITH TONKIN
Managing Editor – Australian Aviation Magazine
keith.tonkin@australianaviation.com.au | +61 417 631 681 | LinkedIn
Keith is an experienced aviator, safety professional and strategic influencer. His 35+ year career and life-long passion for aviation brings a unique perspective to the role of managing editor of Australian Aviation Magazine. Keith has flown STOL transports, supersonic fighters and passenger jets for Qantas, and now runs Aviation Projects – a successful multi-disciplinary aviation consulting business. He has a Master of Business Administration (Aviation Management) and a Bachelor of Science, holds an Air Transport Pilot (Aeroplane) Licence and is approved by CASA to conduct Aerodrome Safety Inspections. Keith has the ability to think critically, formulating and articulating arguments based on relevant knowledge and a superior understanding of key issues, enabling the development and implementation of practical solutions for complex problems. JOHN WALTON
Senior Writer and Analyst – Aviation & Managing Editor – World of Aviation, Momentum Media
john.walton@worldofaviation.com | +33 9 77 19 77 16 | LinkedIn
Based in France and highly-connected to the global aviation community, John is an award-winning journalist and analyst specialising in aviation, airlines, safety and the passenger experience. He is a senior writer and analyst for Australian Aviation plus the managing editor of Momentum Media’s World of Aviation – a recently-launched, long-form-focused media brand for the global aviation sector. With in-depth industry expertise, an analytical mind and excellent sources, John has the ability to explain what we know, when we know it – and you’ll often see him as a commentator on TV, large print publications and radio. He is at the forefront of social media in the aviation sector, broke the 2014 hijacking of flight ET702 on Twitter and continues to work at the bleeding edge of news making. STEPHEN KUPER
Senior Writer and Analyst – Defence, Momentum Media
stephen.kuper@momentummedia.com.au | +61 2 9922 3300 | LinkedIn
Steve has an extensive career in government, having previously worked for senior cabinet ministers at both federal and state levels, including the Premier of New South Wales. He has a policy background with specialties in defence, foreign affairs, infrastructure development, industry, economics and employment. Steve has a Masters of International Relations and Bachelor’s degree in History and Politics; he is currently studying a Graduate Diploma of Economics with the University of Sydney. CHRISTIAN ‘BOO’ BOUCOUSIS
Chief Pilot and Commentator – Australian Aviation & Co-Host of the Australian Aviation Podcast
boo@australianaviation.com.au | +61 2 9922 3300 | LinkedIn
After a 10-year career as a fighter pilot in the Royal Australian Air Force (RAAF), Boo’s subsequent business career has seen him build multi-million-dollar businesses that have straddled the international development, construction and media sectors. As the previous managing director, and a lifelong fan, of Australian Aviation he has a deep knowledge plus an endless passion for aviation. Boo is regarded as one of Australia’s leading aviation commentators and regularly appears on TV, radio and other media – including as co-host of the Australian Aviation Podcast – offering insights on aviation developments and issues. He is also published author, and in-demand high-performance business coach and speaker. 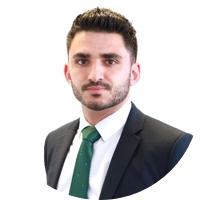 JOE VINCE
Senior Media Strategist, Defence and Aerospace
joe.vince@momentummedia.com.au | +61 2 804 52083 | LinkedIn
Joe has a background in the military and marketing. As a Royal Marines Commando he served on a number of deployments, including Afghanistan and Africa, before making the transition from a uniform to a suit. After leaving the military in 2014 Joe traveled to Australia, joining a large IT company as a digital marketing specialist. Joe subsequently joined Momentum Media as a media strategist, tasked with developing commercial relationships with primes, major manufacturers, SMEs and other defence and aerospace industry stakeholders to enhance their connectivity with key markets globally as well as in Australia. ANDREW SCOTT
Media Strategist, Defence and Aerospace
andrew.scott@momentummedia.com.au | +61 2 804 52083 | LinkedIn
Andrew has worked in media for 20 years. With extensive experience supporting brands to connect with, and influence, their target markets, he’s ideally placed to help implement a range of commercial executions. Being across the latest trends in advertising whilst never losing sight of the benchmarks of any successful campaign, Andrew has successfully worked with hundreds of companies to help deliver their marketing goals and achieve maximum bang for buck. ANNA GRBAS
General Manager – Aviation, Momentum Media
anna.grbas@momentummedia.com.au | +61 2 9922 3300 | LinkedIn
Anna has developed a successful career in the media, having worked for a range of agencies leveraging her project management background. She specialises in operations, marketing and creative executions and has been a key part of the team tasked with evolving Australian Aviation into the multi-channel media brand is today. Anna applies a pragmatic approach to her management style in line with brand’s values and strategy. She holds a Bachelor’s Degree in Public Communication, Majoring in Advertising. 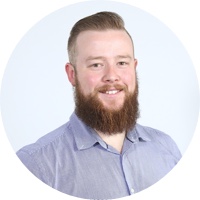 KEITH FORD
Senior Production Editor – Defence and Aerospace, Momentum Media
keith.ford@momentummedia.com.au | +61 2 9922 3300 | LinkedIn
Keith is an experienced digital and print subeditor, having worked in business-to-business media for nine years across a diverse range of industries, including finance, professional services, mortgages, law, defence and aerospace. He joined Momentum Media in 2016 and has worked on a number of the business’ brands, as well as leading the subediting team. Keith previously worked as a journalist in the broadcast and film technology space and has a Bachelor of Communications and Media Studies. VICTORIA LEWIS
Senior Communications Adviser – Defence and Aerospace, Momentum Media
victoria.lewis@momentummedia.com.au | +61 2 9922 3300 | LinkedIn
Victoria has firmed her reputation as a talented and persuasive communicator, particularly in the field of defence and national security where she has over a decade’s experience working with major primes and corporates as well as SMEs and the start-up sector. Passionate about podcasting and social media as effective platforms for storytelling, content delivery and corporate communications, Victoria plays a key role is driving Momentum’s defence and aerospace podcast channels. She has a Bachelor’s Degree in Business. LYNDSEY FALL
Production Manager, Momentum Media
Lyndsey has 11 years’ experience working in media production. Following her Master’s degree in Journalism, she worked across a set of political and public policy magazines in England as a journalist, subeditor and as production manager. Lyndsey has worked at Momentum Media for the past four years heading up the production department and managing the develop of its award-winning magazines, including Australian Aviation and World of Aviation, web portals and suite of highly-ranked podcasts. TODD STEVENS
Broadcast Media Manager, Momentum Media
Todd’s career in media and entertainment launched in 2006 after performing stand-up comedy – which saw him nominated as New Zealand’s Best New Comedian. Shifting his attention to radio broadcasting, Todd completed a Bachelor’s Degree with The New Zealand Broadcasting School and worked as a radio announcer for some of the top-rating stations in New Zealand as well as Australia. He regularly appears as a guest speaker on the topic of audio storytelling, and now manages the production and delivery of close to 20 different podcasts channels for Momentum Media – including Australian Aviation and World of Aviation. EMMA RYAN
Deputy Head of Content, Momentum Media
Emma has worked for Momentum Media since 2015, and has since been responsible for breaking some of the biggest stories in corporate Australia – including across the legal, mortgages, real estate and wealth industries. In addition, Emma has launched several additional sub-brands and events, driven by a passion to deliver quality and timely content to audiences through multiple platforms. Prior to joining Momentum Media, Emma worked in breakfast radio, delivering news to the Central West region of New South Wales, before taking on a radio journalist role for Southern Cross Austereo, based in Townsville, North Queensland. She graduated from Charles Sturt University with a Bachelor of Communications (Journalism).