Virgin unions join together for strong attack on Bain

Virgin’s relationship with unions appears to have broken down after eight organisations joined together to issue a strongly-worded rebuke of the airline’s new owner Bain.

The unions, including the TWU and AFAP, said they were “concerned over the direction Virgin is taking” and appeared to suggest they are worried more staff cuts are coming because not enough aircraft are ready to fly.

“The workforce won’t tolerate their working conditions being cut to the bone permanently because of a temporary crisis,” read the letter. “Workers stand ready to negotiate co-operatively but they will not accept a coarse plan to drive down labour, safety and service standards in the medium to long-term.”

Bain beat out Cyrus Capital Partners in May to become the administrator’s preferred bidder for the airline and the decision was then rubber-stamped at a final creditors’ meeting on 4 September.

The unions’ letter, sent on Tuesday, comes just a day before they will take their seat on a new advisory council along with Bain, which has been set up to give employees more of a voice on the running on the business.

The strongly-worded statement reads: “Workers are concerned over the direction Virgin is taking and over promises Bain made during the sale of the airline.

“Workers are alarmed at the shortfall in aircraft designated and ready for flying. Despite a promise of 75 aircraft there are just 56 ready for flying. They will be questioning Bain on how it plans to keep 6,000 workers employed with less aircraft operating.

“Workers will also raise concerns over negotiations on new enterprise agreements which the company is using to drive down conditions.

“We have seen some worrying changes at Virgin since Bain Capital secured the sale of the airline. Unions at the first meeting of the advisory council will raise the issue of governance and we will be holding Bain Capital to account over the promises it made.

“We want a collaborative future at Virgin, based on co-operation rather than private equity suits trying to steamroll decisions and fracture relations which have helped build up the airline.

“We will be seeking a plan for how the airline will return to promised capacity in terms of aircraft as soon as possible. If Bain is preparing less aircraft for flying than promised we want to know how it is planning to keep 6,000 workers employed.

“Virgin pilot unions are concerned that the change of culture combined with savage reductions terms and conditions will lead to an erosion of training and safety standards.

“Workers are also concerns at the shift in attitude towards negotiations which is steering away from the culture of collaboration which has always underpinned talks at Virgin.”

It then added it was clear there was a “lack of knowledge at Bain” on Virgin’s culture and brand in Australia.

“It is incumbent on Bain to show it can listen and learn from workers who have helped build Virgin up. Bain must show it can focus on maintaining the community trust that Virgin has created over the years rather than morphing into a dictatorial culture,” it said.

The statement comes after relations with the TWU broke down before the sale was complete because of Bain’s refusal to dismiss speculation former Jetstar chief executive Jayne Hrdlicka could be the new chairman.

In fact, the TWU only backed the sale to Bain at the 11th hour, and then warned the new owners “must listen to workers and utilise their skills, energy and experience in rebuilding the airline”.

The letter was jointly signed by eight organisations: 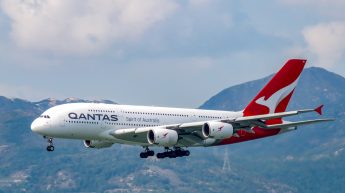