RAAF F-35 caught up in US F-35 delivery suspension

The Pentagon has stopped taking delivery of F-35 Lightning II fighters from Lockheed Martin, including at least one aircraft for Australia, due to unresolved corrosion issues.
The corrosion reportedly resulted from a known production error in fasteners that hold composite exterior panels to the aircraft’s airframe. The issue was discovered in 2017 during depot maintenance on aircraft delivered to date.
As a result, the JSF Project Office (JPO) has suspended F-35 deliveries until an agreement can be reached with Lockheed Martin on how the cost of repairing the corrosion would be covered. Since the suspension in early April, a US Senate Armed Services Committee hearing heard on April 18 that five F-35 deliveries have been put on hold including three for the US, one for Norway, and one for Australia.
“We are still progressing along with the Joint Program Office on that,” Lockheed Martin Chairman, President and CEO Marillyn Hewson said during an April 24 earnings call.
“It’s just a temporary suspension that they have on accepting some aircraft until we reach agreement on a contractual issue. So, we’re working through that contractual issue with them.
“It’s not affecting production at all, because we continue to produce the F-35. That continues,” she added. “We are confident we’re going to meet our deliveries this year of over 90 aircraft for 2018.”

previous post The RAAF in Operation Okra – "the highest levels of skill, courage and professionalism"
next post Airbus and Dassault team on next European combat aircraft 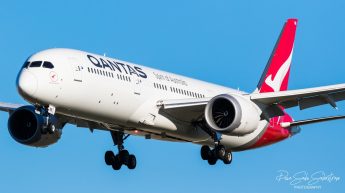 RAAF revolution as airmen to be known as aviators