First C-130H being readied for Indonesia

The first former RAAF C-130H is being prepared for transfer to the Indonesian air force.

Photographed by H-model fan Joshua Williams at RAAF Base Richmond, A97-006 was seen departing the base on a test flight following deep-level maintenance.  With evidence of significant work having been performed on the aircraft by Qantas Defence Services, it is believed -006 was the last aircraft to go through deep level maintenance under the existing contract between Defence and QDS. The aircraft was subsequently flown to Townsville for repainting.

A Defence spokesperson told Australian Aviation: “A97-006 is expected to be the first aircraft to be transferred to Indonesia, following completion of deeper level maintenance servicing and other activities, as well as finalisation of transfer arrangements between the governments of Australian and Indonesia.” 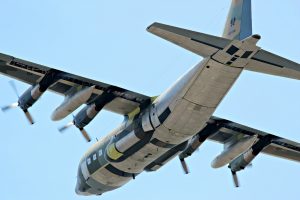